It was in the early 60’s when a young man who was fresh out of college and assigned his first teaching job at the Fisheries School of a far-flung town in New Washington, Aklan that Ramon A. Obusan experienced an epiphany that would ultimately change the course of his life.

Ramon A. Obusan was born to Dr. Praxedes Obusan of Camarines Norte who was the first doctor of Manila’s airport, and Josefina Arevalo, a music teacher from Albay. Obusan was born to a family of scholars. He studied at the University of the Philippines where he graduated with a BS in Marine Biology subsequently landing a teaching position at the Aklan Polytechnic Institute. It was in Aklan where his love for Philippine folk culture was awakened after attending an Aklanon wedding where he was intrigued and smitten by the richness of the Philippine countryside culture.

This traditional Visayan wedding opened his eyes to the immense possibilities of exploring the various facets of Filipino culture. He saw the opportunity through the perspective of a stranger looking in and extracted material resources that would eventually be the cornerstone for his body of work which would earn him the highest civilian honor awarded to Filipino artists in the field of dance.

This fascination with dance led him to join the prestigious Bayanihan Philippine Dance Company where although he did not fit the stereotypical male archetype that the company required (he was dark-skinned, of average height and a bit stocky), it gave him the experience of performing on stage and allowed him the luxury of travel which no doubt, boosted his confidence and self-esteem. More importantly, it would also serve as a stepping stone to introduce him to the culture of the stage and its intricate operations. From the technical aspects to the secrets and techniques for bringing out the aesthetics in all forms, he learned and absorbed what he could. These would eventually be very useful to him in the times when he would create his own production masterpieces.

Sometime in the mid-sixties during his stint with the Bayanihan, he became more than just a performer. Under the tutelage of the late Lucrecia Reyes Urtula, (also a National Artist for Dance) who took him on various trips to do field research, the appeal and fascination of this new experience acted as the catharsis to what was eating at his creative consciousness. Yet again fate stepped in and in this Aha! moment, he realized that he had finally found his calling. To better understand this unchartered course, he enrolled himself in Cultural Anthropology and was mentored by the renowned Dr. E. Arsenio Manuel to whom he owed an immense gratitude for helping him navigate this new found field of endeavor. Training that would also be beneficial throughout his professional career and help catapult him to the top of the heap.

Armed with an 8mm camera, a cassette recorder and a lot of heart, off he went into what he would often call the “backwoods”, the unexplored territories populated by tribal groups who were wary and distrustful of strangers in their midst. Adding to that major problem was the difficulty to access these places. He had to trek along footpaths, through inclement weather, upslopes and riverbeds, even in the middle of armed conflicts, oblivious to the threat to his safety, always driven by an unforeseen energy, in search of the coveted prize….to document the quintessential folk life of the people. In this day and age of concrete roads, mechanized transportation, smart phones and bottled water, it would be very difficult to relate to what he had to go through. It was an immense ordeal to say the least.

Thus, began what would eventually be four decades of a passion-driven quest.

After amassing volumes upon volumes of researched data, the burning question then became how it would be translated into a means where the general public would benefit from the information and knowledge it contained. The answer was to bring the village to the stage without compromising too much in the transition and, ensuring that although staged, the essence and context of the original materials be kept intact. He was very mindful of the fact that staging corrupts tradition so much so that he limited his artistic liberties to a minimum. This remained the guidelines that all the groups he established conformed to. As a mentor, he directed everyone to adhere to a fundamental style that has over the years been elevated to maxim: Keep everything the same. This became Ramon A. Obusan’s legacy.

With research to back-up his performances, he slowly established a name for himself in the yet untapped staged traditional dances, rituals and music of the indigenous peoples of the Philippines. Presenting original work in productions that were not the average fare for cultural presentations became his signature work which earned him recognition both here and abroad. This was also the time he started acquiring various collectibles such as artifacts, textiles, traditional instruments, costumes and many other items of material and cultural value with monies he earned from his projects. These acquisitions slowly grew and is now recognized as one of the main components of the Ramon A. Obusan Folkloric Group Center which in September of 2017, became officially called “Bahay ni Kuya”, (Elder Brother’s House) the Home of Philippine Folk Heritage and Resource Center. A project launched by the Cultural Center of the Philippines to tap into the Center’s material and cultural resources to ensure that the Obusan legacy remains viable. 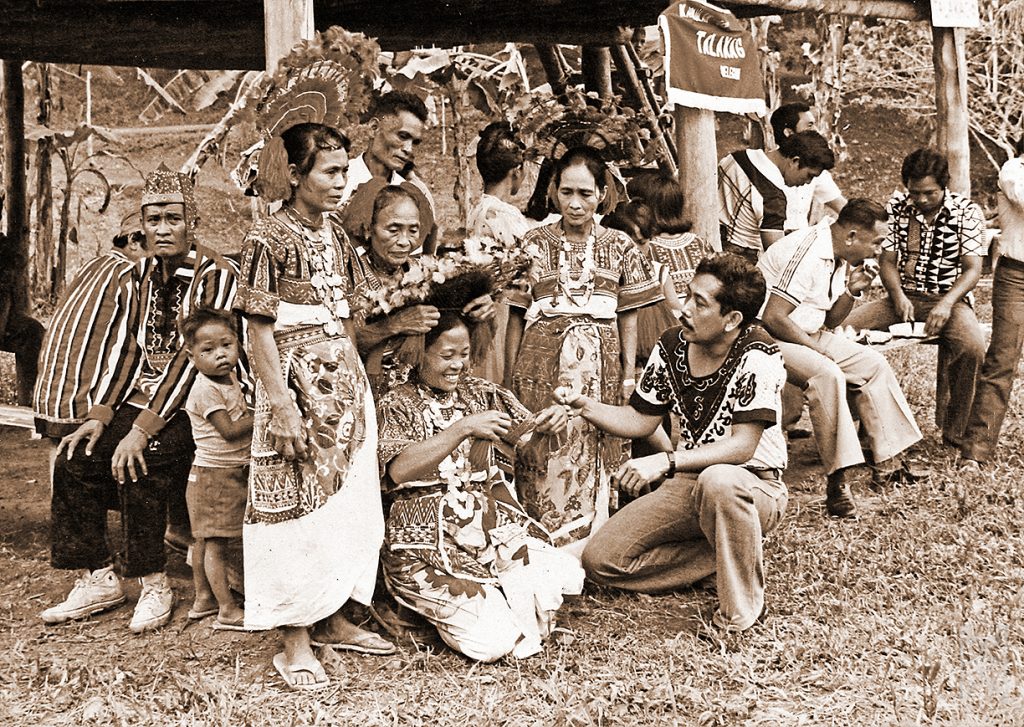 Since 1986, the Ramon A. Obusan Folkloric Group has remained one of the resident dance companies of the Cultural Center of the Philippines. The ROFG’s presence in the acclaimed institution served as the avenue where it could showcase the researched materials into season productions and further the objective of introducing traditional performances into mainstream theater. Thru these productions, cultural awareness had a means to flourish thanks to the accessibility of various sectors to witness and experience shows sponsored by the national theater. Cultural outreach bolstered the programs so that other areas of the country could also enjoy the performances outside the confines of the CCP. Through its National Tours, both performers and audiences alike benefited from the exposure and interaction. It was an ideal win-win situation, shared experiences that rewarded both parties and attained the objective of bringing arts to the people, firsthand.

2006 was a milestone year for Ramon A. Obusan. It was in June of that year when he was conferred the prestigious National Artist Award for Dance, the highest honor bestowed by the Philippines on Filipinos who have made significant contributions to the development of Philippine art. Barely six months later in December, he passed away.

He dedicated his life to the pursuit of preserving tradition in its many forms fearing that one day; we may find ourselves devoid of our cultural identity. He realized that tradition and all its elements were constantly being bombarded by influences that threaten its very existence. The Herculean task of documentation, preservation and interpretation became for him a life-long undertaking. His was a burning passion that fueled the desire to accomplish what he ultimately achieved in his lifetime. Ironically, it was the same fire that cost him his life.

The void that was created upon his demise was so palpable that the repercussions were felt across the entire cultural community. His sudden death was so devastating more so because no succession plan was laid in place. Nothing seemed to be in order, no one was in charge. The Ramon A. Obusan Folkloric Group which serves as the performing arm of the foundation he established some years back was orphaned with no clear direction and hierarchy. These were very trying and uncertain times.

When the dust settled and reality set in, the collective effort of the family, group members, friends, institutions and myriad other entities contributed to helping keep the ship afloat. Despite the major setback, the Ramon A. Obusan Folkloric Group eventually bounced back to operating normally. With help from the CCP (who refused the family’s request to resign ROFG’s residency), the tenacity of the Senior Members who made individual promises to help keep the programs going, the disciples of the Obusan brand whose loyalty was never in question, financial aid from the family and the vast amount of material and cultural resources available in the collection, the group has remained active and still is a big part of the folkdance community.

He may no longer be physically present but his unequivocal contributions in the preservation and perpetuation of traditional arts and culture leaves an indelible mark and a lasting legacy that will forever benefit the cultural inheritors of succeeding generations and help safeguard our identities as Filipinos.